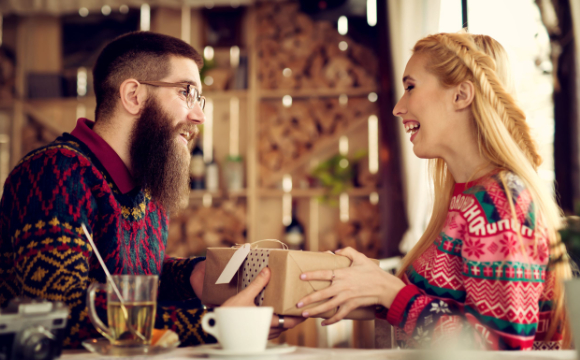 For me, in the beginning, I was just tired of shaving every day. The first couple of months of growth were slow. People would often ask me “When are you going to shave that thing.” Honestly, I didn’t know myself. I met all sorts of people, beard haters (they are usually people that aren’t used to the look or either naggy people by nature), bearded brothers, and my favorite beard lovers!

Four years of consistent growth later, people tell me I have a great looking beard. Personally, I think it could be longer or thicker but I am content and will continue to let my face grow freely.

Reflecting on my personal journey of becoming a full-time bearded man there are a couple of tips I wish I had known.

One of the most important aspects of any man is his vision and confidence. To rock a beard you need both! You need to know why you are growing a beard and to be proud of it. But with this new rug on your face, some daily tasks will seem to be more difficult.

What is Your Beard Identity?

Having a beard says a lot about a man. What it says is left up to the perception of the viewer and the presentation of the man. Most men don’t ever consider the psychology of beard or even realize that it exists.

Historically having a beard was an emblem of manliness and dignity. Wore and upheld by the most influential men.

My mom always told me, a man that looks good, feels good. Proper grooming will show that your beard is a lifestyle not an accident or lack of razors. It also allows you to confidently express yourself and feel prideful.

Some simple questions to ask yourself when developing your beard identity are… How long of a beard do I want? Do I want a mustache? If so, how long? Do I curl my mustache? What shape do I cut my beard? Look into some of our other blog post about styling your beard to help better decide. Or just fly by the seat of your pants and stay true to your happiness.

Squash the Haters with Undeniable Confidence

When you first start growing a beard all you hear or see is the success stories. The beard is not for everyone, I mean look at women and children. During the first 1-5 months of growing a beard you are going to hear everyone’s opinion about your new beard.

When you make the transition from baby faced to bearded, people feel entitled to tell you how passionate they are about your new lifestyle decision.

The trick to combating all of the negative comments is to be light-hearted and witty. Don’t let 30 seconds ruin your day. Being a man is about being the bigger person in a lot of situations.

When people start talking negative tell them you aren’t growing a beard for them. As a bearded man, you have to remain rooted to the core of why you are growing a beard. Because YOU WANT TO and you’re a man!

Boy, do they?! This was a personal fear of mine when I first started bearding. I didn’t want babes to think that my bush wasn’t friendly or inviting. But I learned the truth, girls are either curious or already love it. Both are good for you and me!

Some girls might seem a little cold to the idea of being with a bearded man. But you aren’t like any bearded man she’s ever met before because you are unique, you are yourself!

A beard can be an easy and friendly conversation starter. It opens you up for the opportunity to let your personality shine through. “Have you ever been with a bearded man before.” Yes, no, both are good answers.

I have met girls (typically younger) that say they don’t like beards, but I have met some women that only like bearded men.

One advantage of growing your beard in the summer is you might be the only bearded man around. Now you are ahead of the competition by miles.

I have been told that bearded men are more manly and better lovers. Bearded men are seen to be as men that can protect and provide for a woman. Don’t be surprised when a girl wants to touch your beard or come back for seconds.

How to Eat Without Making a Messy Beard

Eating with a beard can be an interesting game. You are going to get crumbs and small pieces of food in your beard at some point in time.

My experience, some people make a face of disgust and others like my girlfriend just laugh and then help me out.

Some foods make more of a mess that others such as hot wings and ice cream. I would avoid these on a first date.

As a bearded man, you learn what to expect from each new culinary battle. Don’t worry about things getting in the beard, just make sure you get them out!

No one likes a bearded man walking around with a big glob queso in their beard. I had a buddy buy a house like that one time. The realtors didn’t even tell him. I wouldn’t either if I was about to make that money.

*PRO TIP: Most of the time if you can eat the food with a fork it isn’t going to make too much of a mess.

Beardsmen can be artists, businessmen, and entrepreneurs. We’ve banded together as a bearded community to change the way society views beardsmen, and we are starting to show the world that our beards can be signs of bucking traditions and societal norms and thinking outside the box.

So, gentlemen, the question is – what does your beard say about you? Apparently a lot more than you may think.

“Being Bearded is for the Bold. Fortune Favors the Bold”